I laughed and cried when I was young. I have no reason to think that I had any less emotion than other children at that age. But at some point in my young adult life, I got it into my head that I could suppress the outer trappings of emotion -- the frowns or smiles, the laughs or tears -- and over time that outer suppression affected (or at least seemed to affect) my own inner feelings. 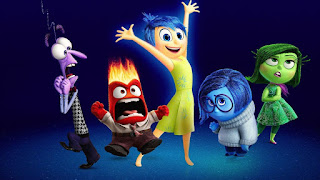 There was a period of about fifteen years or so where I'm not sure that I laughed or cried at all. Not just outwardly, but on the inside, too. Sure, I smiled at times, but only, I think, on purpose, to fit in, to seem like I was a part of the group. Did I do this to myself? Maybe. But I can't help but feel, after listening to others talk about their emotional lives, that there had to be some sort of natural low-emotion state that I was in in the first place, if I were able to so dramatically suppress certain emotions so easily for so long.

One of the reasons that I fell in love with My Little Pony (G4 FiM) was that its episodes taught me to feel again. I remember sitting there, deeply depressed, turning on those first few episodes and learning, perhaps despite myself, about what it really meant to be a good friend.

I was lying on the couch when I first watched Arrested Development. I don't know which joke it was, but at some point halfway through the first episode, I laughed. --and it was.... I think I missed the rest of the episode, not really paying attention to it anymore. Instead, I was in my own head, thinking and wondering if this really was the first time I'd spontaneously laughed in the last decade and a half. By the time I watched Community later that year, I found myself perfectly able to enjoy laughing at what I felt was funny, without needing to go through all that self-reflection.

Fiction has been especially impactful for me recently. I've found myself crying during shows, crying after reading reddit posts, crying at story beats in my video games. I don't know what caused the changes. I don't think I'd been intentionally suppressing emotions all those years; it just became unintentional habit. But now I seem to be making up for lost time? Or maybe they're hormonal changes after my recent medical issues. It's hard to say.

I'm just glad that I'm experiencing these emotions more fully now. Maybe I'm not nearly as far on the sociopathic spectrum as the PCL-R would have me believe.

(Writing this post reminds me of The Drought, except I think I'm being more honest here than I was there. If I had to rewrite that piece, I'm not sure that it would even make sense to publish it after all the corrections.)