The Insidiousness of Fat-Shaming Vegans

The Physicians Committee for Responsible Medicine (PCRM) has once again decided to use a prejudicial and misleading advertisement to support their message.

Needless to say, vegans come in all shapes and sizes, and to suggest otherwise amounts to little more than an outright lie. Furthermore, the fat-shaming involved in this commercial is completely and utterly inappropriate. It is morally impermissible to treat a segment of society so cruelly when the majority of that population cannot help being the size that they are.

Yet what bothers me most about PCRM's attitude is that they are an organization dedicated to getting people to eat more healthily, and they strongly endorse a vegetarian lifestyle. It pisses me off to have a group so ignorant about why fat-shaming is bad actively support my position on ethical eating. Stuff like this really undermines the cause, much like Mike Daisey's recent This American Life fabrications which set back the cause of workers' rights in Apple's Foxconn factories.

If the ad focused instead on a $10 fee to allow you to sit next to a white, while others had the misfortune of sitting next to blacks, I'm sure that PCRM's advertising department would have realized how inappropriate the ad was. Unfortunately, the last bastions of prideful overt prejudice include fat prejudice, which society seems to not even notice. Contrary to popular belief, dieting does not work for most overweight individuals. This means that, for these people, being fat is no more attributable to their choices than being black is. (Of course, for a dedicated individual, dieting does work; but most dieters react to diets by gaining back more weight than they had before they started dieting.)

Further exacerbating the PCRM's ad is the fact that they did the same exact thing only three months earlier. Their "abs and thighs on cheese" ads were particularly vile, and sparked the ire of several fat-positive members of the vegan community. Yet somehow they managed to avoid learning how terrible such ads are and instead just repeated their mistake. Really, we all should have realized that they weren't going to learn a lesson back then; after all, they started their fat-shaming anti-cheese campaign immediately after Daiya, a vegan cheese brand, made a similar fat-shaming mistake just a couple of week earlier. (At least Daiya apologized for their mistake.)

At this point, I think I have just completely lost all respect for PCRM. They clearly are not going to stop this campaign of hatred, as evidenced in their most recent blog post. Although I expressed my dissatisfaction with them over this issue via twitter, facebook, and email, I don't believe it will do any good. Some people are just willing to throw other groups under the bus in order to get their issue heard by a wider audience.

But if you disagree, feel free to express your own opinion by tweeting @PCRM, posting on facebook.com/Doctors.Care, or calling/e-mailing their media contact, Vaishali Honawar, at 202-527-7339.

You can also read other bloggers' opinions on this issue, including Veggie Mightee!, The Thinking Vegan, and Vegansaurus, among others. [EDIT: The Vegan RD, a member of PCRM's board, has now resigned over this issue.]

(Note: Nofollow tags were used on all links pointing to PCRM's sites.)
Posted by Eric Herboso at Saturday, March 31, 2012 6 comments: 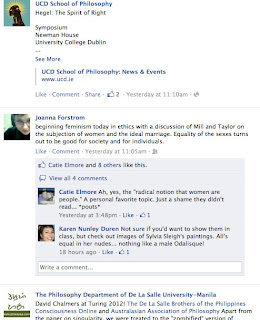 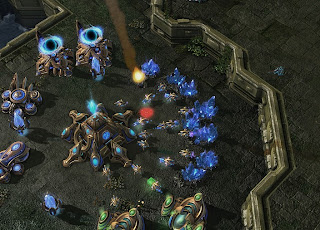 Don't get me wrong; I still consider football, baseball, basketball, and many other sports (and esports) completely and utterly boring. Yet StarCraft 2 is something that I now think I'm completely obsessed with. I watch every major tournament regularly, and I listen to many StarCraft community podcasts, the combination of which takes up a not so insignificant amount of my time. It is only now that I understand how captivated all those people earlier in my life were.
Posted by Eric Herboso at Thursday, March 29, 2012 2 comments:

It's been a while since I've blogged regularly, though my twitter and facebook feeds have been going strong all this time. Nevertheless, I think it's time to jump back into the habit of recording a few more long-form posts from time to time.

If you're seeing this in your rss reader and wondering who the hell I am, all I can say is that you once found me interesting enough to follow my blog. With any luck, I'll still be able to live up to those old standards. But if you're not convinced, then you have my apologies for resurrecting a feed that's been dead for over four years. Sorry to get in the way of your daily dose of webcomics.
Posted by Eric Herboso at Wednesday, March 28, 2012 No comments: