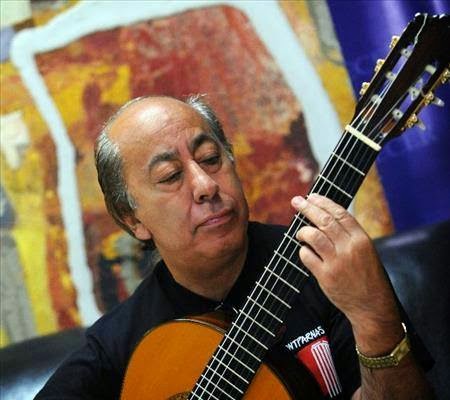 Julio was a master of the guitar. I was always mesmerized anytime he would play during one of our family get-togethers. The entire family will miss him greatly.

Julio performed, composed, and arranged for hundreds of recordings, concerts, and festivals over the years. He is well remembered in his hometown.  Until very recently, he taught regularly in DC. Some of his students upload their covers of his songs on youtube. You can see him perform at the Kennedy Center below, or in El Salvador in the embedded video below that.


This blog post is a part of our ACE Highlight series. Twice each month we feature current, relevant, and engaging topics from the ACE website.

As a charity evaluator, we are always on the lookout for new ways to measure our own effectiveness. That’s why we are debuting our donation register.

If you’ve given to one of our recommended charities recently, we encourage you to register your donation with ACE. Taking these few extra seconds can help us to understand how our supporters give over time.
Posted by Eric Herboso at Thursday, June 12, 2014 No comments:

The Morals Game by Edward Stevens
My rating: 2 of 5 stars

Purportedly an objective introduction to different ethical theories, this book is actually one of the most biased introductory level texts on ethics that I've ever read.

Nothing the author wrote is wrong exactly, but he has a tendency to write each chapter from the point of view of different philosophers and ends up writing things like "X is true" when what he really means is "Y claims that X is true". This makes for somewhat confusing reading, and you end up with a book that says in chapter two that "utilitarianism is a moral theory for immature minds".

(A careful reader will note that some ten pages back or so he says that this is the view of a different philosopher, but I get the feeling that most readers will take him to be saying this in his own voice.)

At no point in this book is he sympathetic to the consequentialist point of view, even though he includes a chapter sympathetic to virtue ethics, which was only just then undergoing its 20th century revival in 1975. (In fact, his inclusion of virtue ethics in this introductory text is especially prescient, as the classic revival texts on virtue ethics were mostly published after 1975: see N.J.H. Dent's “Virtues and Actions” in The Philosophical Quarterly in 1975, Michael Stocker's “The Schizophrenia of Modern Ethical Theories” in the Journal of Philosophy in 1976, Peter Geach's The Virtues in 1977, Philippa Foot's Virtues and Vices in 1978, and John McDowell's “Virtue and Reason” in Monist in 1979.)

I cannot recommend this book to its intended audience. This is most definitely not a good intro to moral philosophy. It is written well enough to be easily understood (he even includes magazine-style quizzes), but it is horribly biased (or it at least appears to be biased) against consequentialist theories. If you want a good into to moral theories, read James Rachels and Stuart Rachels' The Elements of Moral Philosophy or Mark Timmons' Moral Theory: An Introduction.

Nor can I recommend this book to people already into ethics; the text does not go deeply into anything worthwhile, and nothing you do not already know will be covered. For intermediate readers, the book is a waste of time.

You may be wondering, then, why I bothered to read the whole thing and leave this review. In fact, I have a good excuse: my toddler cousin was baptised in a catholic church and the party was held in the church library. While the DJ played Beyoncé and my entire family drank wine at the bar, I searched the shelves for a book that wasn't about God or religion. Any book. After searching religiously (heh), I found only one book title that fit the bill: Edward Stevens' The Morals Game. And I have to say that although it was heavily biased against consequentialism (or was at least seemingly so), the author never presupposed God or religion within the book itself. I successfully found and read a book that didn't actively promote religion in this church when I badly needed the distraction, and so this book gets two stars instead of one.

View all my reviews
Posted by Eric Herboso at Tuesday, June 03, 2014 No comments: