What StarCraft Means to Me 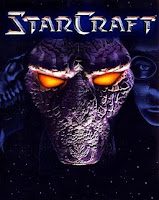 Twenty-four years ago, on March 31, 1998, StarCraft was first released. I didn't realize it at the time, but it would become an obsession for me that has remained constant for two and half decades.
I was sixteen years old. Life was complicated — I had dropped out of public school, I was moving in with my then-partner after she became pregnant, and I was enrolling into freshman classes at the University of South Alabama. Many things happened during this turbulent year — some good, some bad — but, somewhat confusingly, the thing which ended up staying with me long term was StarCraft.

I first encountered the game at Greg's house. I had been playing WarCraft II for years at this point, but StarCraft was an upgrade in almost every way possible. I was entranced. I immediately tore into the campaign, and lan parties became a weekly norm. We were all bad back then, but it didn't matter. This was the best thing since Magic: the Gathering.

Years passed. After dropping out of university (because I was an immature kid), I finally re-enrolled at Spring Hill College. I played StarCraft constantly. I even downloaded videos of pros playing South Korea. This was well before YouTube; MPEG-2 was relatively new at the time, and I'd have to watch the videos in this tiny stamp-sized box in the middle of my screen due to extraordinarily low resolution. It was worth it anyway. The casters were speaking Korean, but I didn't care. I was transfixed by how smoothly they were able to make their dragoons and goliaths move across the map. And I couldn't believe how efficiently they ran their economy.

Years passed. Every few months, I would pick up everything and leave for a new state. It was a nice transient experience, and I got to see much of the United States. I had very few possessions during this time. I made a habit of buying cheap paperbacks to read and then donating them to the local library before packing up my car and moving to the next place. I'd always stamp the books first; if you ever see an early-to-mid-20th-century scifi paperback in a small town library, check the inside front cover to see if it says it was donated by me. (I must have donated ~400 books over the few years I did this.) But one of the things I always made sure to bring with me was my copy of the StarCraft battle chest. It held a special place of honor next to my computer and I would replay the campaign in nearly every state I moved to.

Years passed. StarCraft 2 came out, and I became addicted to watching Dan "Artosis" Stemkoski and Nick "Tasteless" Plott as announcers in the Global StarCraft II League, held in South Korea. I may have never watched football before, nor even soccer (despite playing soccer myself in middle school), but I watched every GSL tournament match as they came out. Many times, I'd even watch live at three or four in the morning to watch them compete across the world. When the AfreecaTV StarCraft League was announced, I fell in love all over again. Tasteless & Artosis casting the original StarCraft was a dream come true. I'm literally going to watch the latest ASL match later today immediately after posting this blog entry.

I don't quite know why I feel so connected to this game. It's not the best RTS — StarCraft II has that title, as it fixed all those dragoon/goliath shenanigans. But it is definitely the best esport. It's exciting, fun to watch, and has depths of strategy that never gets old. In most games, pros seem able to do things that I could never do. But StarCraft is different: I can do many of the things that I see pros do — it's just that I can only do them one at a time, on normal speed. What makes them pros is that they're able to do those things while running a good economy, having map awareness, microing in multiple places at once, and generally doing all of this while also having to think both strategically and tactically. This means that I can see their expertise clearly at play even though each individual move they make is one that I can understand as it is doable at my level.

As I move forward with Effective Giving Quest, I am hopeful that I will be able to connect with the StarCraft community and bring some of them to effective altruism. It would mean a lot to me if I were able to bring two of my passions together in this way.
Posted by Eric Herboso at Thursday, March 31, 2022