I've never stolen anything. I don't think I've even ever really come that close to doing so.

Once, when I was homeless, broke, and had nothing but a laptop to my name, I would work online to earn mere pennies at a time until I made enough for that day's meal. But I never stole. Never even begged. It honestly didn't occur to me as an option at the time.

Once, when I was very young, perhaps 6 years old, I collected He-Man stickers that I would place in a sticker album. I was missing a very specific sticker for a while, when I suddenly saw it on the floor. We were in a grocery store aisle. Someone before me had illegally opened a pack of these stickers right there, in the aisle, and discarded the ones they did not need. One such discarded sticker was the one I did need.It was stuck to the floor. It was gross. I peeled it off anyway. Within ten minutes, a few aisles later, I could not bear to continue further. I rushed back to replace it in its place on the dirty floor.

Once, when I was in town for a philosophy conference, I walked the streets very late at night just to clear my head. Someone on the street said something to me that was unintelligible; I literally could not understand their accent. It wasn't until describing the situation days later that I was told by someone ele that thery were likely asking if I wanted to purchase drugs.

Once, I got into a normal van, drove with friends across the country, and stopped at my dad's place to stay for the week. We got our stuff from the van and moved into my dad's spare bedrooms for. short vacation. Nothing seemed amiss. A decade later, I am told that both my parents have a strong memory of helping my friends to get their stuff out of that van and instantly recognizing the distinct smell of pot from within. I honestly have no memory of it being smoky, nor of it smelling weird, nor of any of those friends ever doing any drugs in my presence. At least one self-identified as straight edge. I honestly cannot square the memory of my parents and my own memory on this.

Once, when I spoke to a childhood friend, I was introduced to their companion as someone who did not ever do drugs. It seemed like a weird description to me, but I suppose, to them, that was a defining feature.

But I did kill. Once. 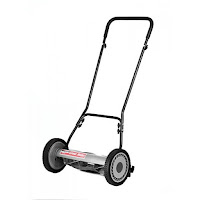 It was a hot summer day. The grass in the front yard was tall. I hadn't cut grass since I was a child, riding a lawn mower. This metal contraption was new to me: a cylinder of blades pushed by a long handle. It looked dangerous. I didn't want to do it. I did it anyway. Suddenly, a spray of red. I felt numb. Looking down, I saw the mangled rabbit. I didn't know what to do. I broke down. I ran to my partner at the time, who calmly said that I should relieve it of its suffering. I was given a shovel. As I knelt next to its fast breathing body, legs torn apart, I mumbled a few private words only for me and the rabbit I had harmed. It seemingly took forever for me to gain the courage, but eventually I used the shovel. First, as a blunt instrument, and then for its intended purpose, creating a final resting place for the first and only being I consciously killed.
Posted by Eric Herboso at Sunday, March 06, 2022