This blog post is a part of our ACE Highlight series which draws attention to timely and relevant pages on our site. Look for it on the first and third Thursday of every month.
Like all organizations, publishing our findings is an important component of advancing our mission. Our work will be lost amidst a torrent of information from other sources on the web if we don’t find a way to get noticed by the press and the public.
For this ACE Highlight, we’re showcasing our Media page. This is the press center of our site, and it contains everything that a writer needs when composing a story about ACE.

On our media page, you’ll find links to several pages on our site, ranging from our history to our planned research. It serves as a warehouse for ACE’s informational highlights. The media center is also the home of our videos, a list of conference appearances, and quotes from what others are saying. 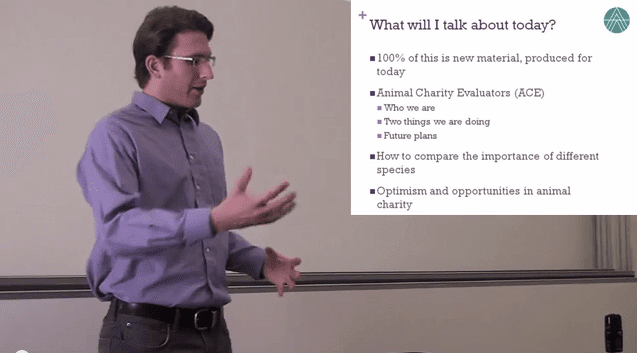 While most visitors to our site just want to see our core recommendations, research, or blog, our media center is perfect for reporters who don’t have a lot of time to read through everything we publish. Check out our media center for an easy snapshot of our work.
Posted by Eric Herboso at Thursday, April 17, 2014 No comments:

This blog post is a part of our ACE Interviews series where ACE conducts interviews with activist leaders, charity representatives, influential funders, academic researchers, and other experts. Our interviews touch on several aspects of animal advocacy and serve as an outside view that helps showcase issues that we might otherwise miss on our own.
We’re kicking off our ACE Interview series with an interview of Matt Ball, who co-founded and served as executive director of Vegan Outreach for over twenty years. Our interview with Matt covers several topics related to utilitarianism, leafleting, research, and popularity. Here are a few highlights from the interview:


5. What role do you think research will play in the future of animal advocacy?

I obviously hate to say it, but I think research will not play as significant a role in the future of animal advocacy as it could or should. This is not just because of the difficulty of getting honest, statistically-significant, meaningful, long-term, prescriptive data. Rather, it is because there are relatively few individuals who are truly motivated by maximum impact.

Research results – regardless of if they are honest, relevant, scalable, significant, and universal – may shuffle the relatively few dollars from a handful of strict utilitarians, but they won’t change human nature. If we want to do our absolute best for the animals, we have to work with people where they are – members and the public alike – rather from where we want them to be. 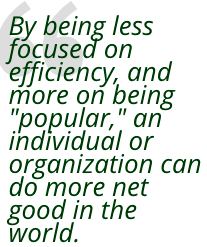 11. If you were to start over in your advocacy career, what are two or three things that you would do differently?

I wrote two books (The Animal Activist's Handbook and The Accidental Activist) and only covered some of this!

1. Be very careful with what you believe and choose to present to the public. There aren't many honest sources of information, and, as humans, we're quick to believe what we want to believe, and dismiss anything else.

It would have been hard for me to learn this 25 years ago, because I was the epitome of this problem. I was singularly concerned with defending myself / my veganism, rather than actually pursuing effective advocacy to help animals. I believed, and parroted, everything and anything that seemed remotely pro-veg or anti-meat. 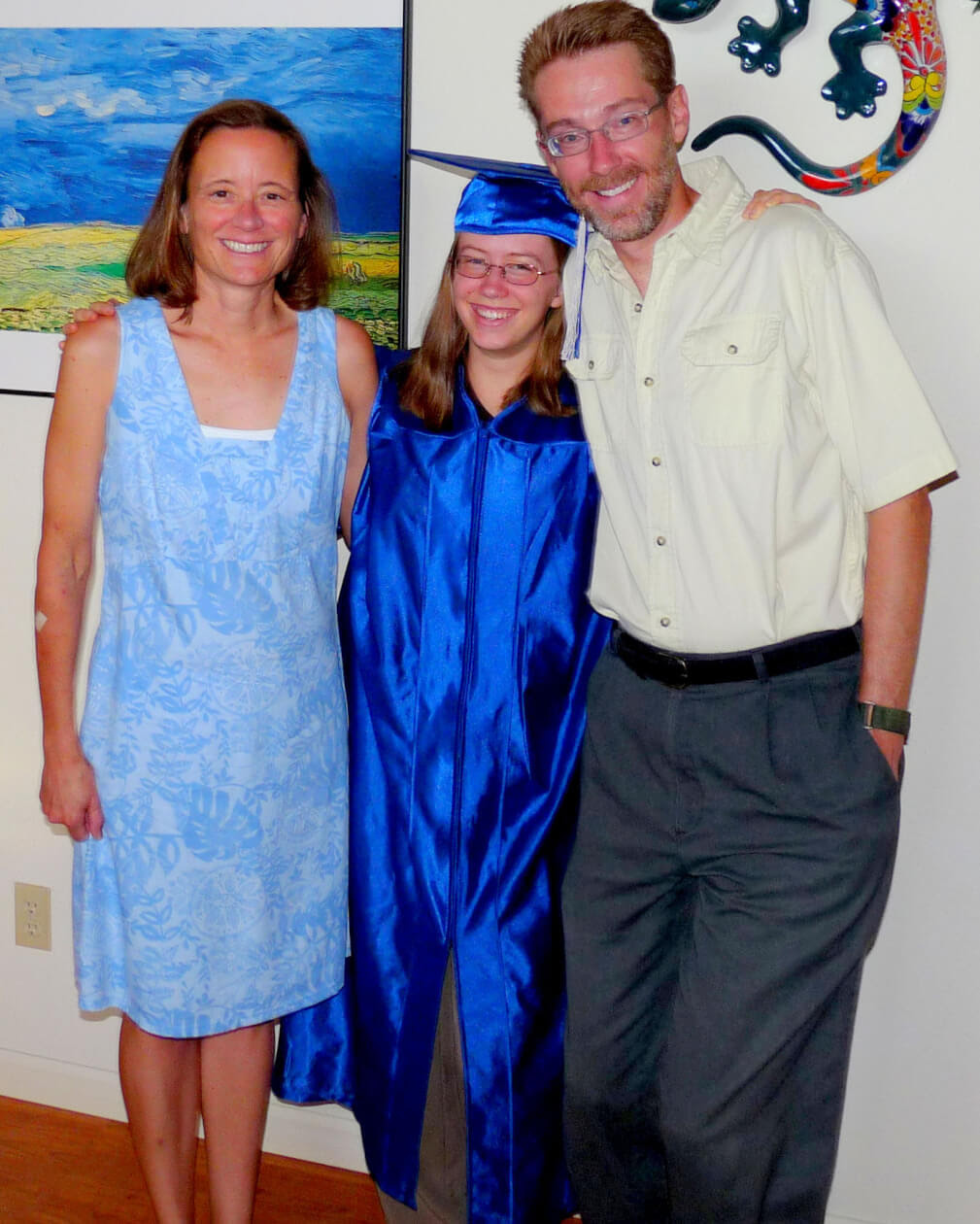 Unfortunately, this continues today, with many vegans focused on what makes them feel justified and/or popular with other vegans. For example, Ginny Messina, RD, checks studies promoted by various animal advocacy groups. When she actually reads the anti-red-meat papers (this one, for example), some of these studies also say eating chicken is health-neutral or even beneficial! Think about that – animal advocates promoting studies that show eating chickens is beneficial, just because the study showed negative consequences for red meat.

2. Realize we are going to win. It won't come about from some vegans demanding others go vegan. Rather, we will create the new world we desire through continued constructive and realistic outreach that helps more people take the first steps to help animals. And then the next steps. And to maintain those changes.

Change is occurring and will continue to occur through outreach that is psychologically sound, based in the real world, and integrated into our capitalist society. And then we build methodically on every step and change the world piece by piece.

You can read the full interview on the Conversations and Interviews section of our site.
Posted by Eric Herboso at Tuesday, April 08, 2014 No comments: