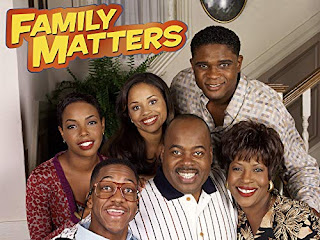 A friend last night told me about a worrying conclusion to which they'd come: as they were watching old television shows from their childhood, they kept seeing the values that they still hold and deeply believe in to this day. And they worried: was this where they originated?

"I was raised by TV. I always knew this, but I didn't realize how pernicious it truly was until I went back to watch these old television shows. I see my values in them. This is who I am. These are the values that most make up who I am as a person. Am I just…the product of '90s sitcoms? What does this mean about me?"

It's true that, in isolation, we would grow up effectively deaf and dumb. With no instruction, we would not be able to take advantage of a shared language, a shared culture, or even shared values. The idea that our values come from our upbringing means that many of the values behind who we are today may indeed come from arbitrary sources like television shows. Should we be concerned about this? If the TV shows behind our actual values today were made without regard to how they might influence various children’s values back then, does that somehow make who we are lesser?

If your conception of a proper human being includes gaining instruction from proper sources, then it makes sense to feel this way. But I don’t think it is appropriate to judge the value of a human being based on the types of instructional learning media they were exposed to as children, even if it means that much of who they are today can be attributed directly to those sources.

I believe in charity. If that belief started because of a tv show I watched when I was young, rather than because my parents taught me, does that warrant scorn? I don’t think that it does. The source does not matter, so long as the content is good. Even if the source is not trying to teach good moral lessons, good fiction writing has to include a satisfying narrative, which almost always includes what most of humanity would consider either a good moral character or an explicitly not good moral character which we are clearly intended to not root for. If something has good writing (and this is worth watching), it almost always has as part of it some level of moral instruction suitable for learning appropriate lessons. (Good stories don’t have to include this, just as art doesn’t have to be beautiful. But it takes an already taught mind to appreciate art or stories that don’t have this common hook.)

If you learned how to be how you are from TV shows way back when, so what? Would it have been better somehow if your parents taught you? Or if you learned from books or tutors instead? I’m not sure it matters that much, in the end. Maybe parents would be better suited at tailoring lessons directly for you, optimizing how quickly you learned the lessons you needed to learn. But I’m not sure that, several years on, it make all that much of a difference in terms of quality.

In my own personal life, there is a stark line between the period where I held several inappropriate values and when I matured to where I am now. Many things helped in this transition — people close to me in my life talked with me about it; self introspection occurred regarding how many long term relationships with various friends were negatively affected by those values — but a huge part of which values I decided to take into myself came directly from episodes of My Little Pony: Friendship is Magic. I owe much of my current self to the lessons that I learned from MLP. To me, this is not something to be ashamed of, but something I feel indebted to. (MLP:FiM came out when I was in my thirties. I never hid being a so-called "brony"; I keep several plush ponies on my desk at work.)

Where we learn how to be who we are does matter. But I don't think that we should be ashamed of these sources when they come in the form of media like television. So long as we can be proud of who we are, we too should be comfortable with where those lessons came from.
Posted by Eric Herboso at Saturday, August 20, 2022