It took me a very long time to understand love. So very many of my early romantic relationships were cursory, chosen not because I felt a certain way toward a person, but because, on balance, I enjoyed my life more with them in it. This may not sound too bad at first, until you realize that I’ve said nothing about how they might feel, nor about what usefulness I found in having them around.
I wonder, if I could go back to those previous versions of myself, what it would be like to talk about what I had been doing back then. I didn’t believe then (and still do not believe now) in that fictional sort of fairy tale love where people are just ‘meant to be’ together. But back then I went further: because I did not have strong feelings for anyone, I thought that also no one else had strong feelings, and that the weak feelings I did have were similar to that felt by others — I thought that others were just inappropriately granting these weak feelings much more cache than they warranted. 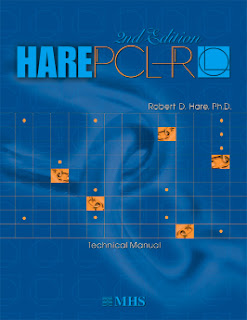 I was more sociopathic back then. Maybe I still am a bit sociopathic today. I still don’t have a strong internal feeling that one should care about one’s close family and friends more than strangers. I have no problems with not talking nor seeing someone for years at a time. I don’t generally miss anyone. The reason why I care about charity is not because I empathize strongly with others, but because I have logical reasons for treating others no differently than I’d treat myself in certain charitable ways.

I haven’t spoken to my mother in well over a decade. Occasionally, I am told that I should not have a grudge there and should consider reconnecting. Yet I don’t feel any internal grudge. I stopped communicating with her solely because she did things that harmed my life: the last time I saw her in person, she called the cops, insinuated that I was violent, and caused a police officer to point a gun at me. It was the deep south, I was hispanic, and my ineptness in the moment of reaching for my shoes nearly resulted in my being shot that day. Later, after being cajoled into speaking with her on the phone, I gave her my cell phone number, which had been kept secret from almost everyone due to my not liking phone calls. Starting later that same week, I had dozens of calls each week from spammers. I have no idea why she should sign me up for spam calls, but that is apparently what happened. Even later on, my uncle emailed me out of the blue, saying that I was a terrible son, and that I should never contact that side of the family ever again, as no one, including my mother, ever wanted to speak to me again. After these experiences, I basically did just that. Not due to a grudge, but due to my not wanting to voluntarily place myself in danger again.

My father, on the other hand, is safe and lives close by. Yet when covid hit, and I couldn’t visit anymore, the difference in how this affected them and how it affected me was starkly apparent. They missed me. They wanted me to come over, to see them more often, to spend time with me. But I don’t think I’m capable of really missing people. If a week goes by or a year goes by without seeing someone, it feels similarly to me. Of course, I adore spending time with them all. I love talking and playing games and just enjoying their company. But there’s something about the makeup of my brain that causes me to not specifically care about whether I’ve seen them recently. When combined with my love of staying home and not wanting to go out, this results in me very easily just not visiting for very long periods of time. During non-covid times, this got exacerbated, as it meant there was no impetus to visit at all. Now, I have plans to meet in a couple of weeks, but only because they have initiated the process.

If this is me now, you may begin to have a better understanding of what I was like then. In several early relationships, I would spend time with people only when I felt like it. Nothing in their lives separate from me mattered in the calculus of whether I should take some action. This is not because I was ever malicious, mind — rather it was because I was indifferent. Once, I had a partner in whom I confided that I was not close to my parents. She said she felt the same way. Later, her father died on the same weekend that I had a trip scheduled. It did not occur to me that it might be appropriate for me to cancel my trip and stay to help her through a traumatic period. I left on the trip, honestly not even thinking that she might object, because of her earlier statement that she wasn’t close to her parents. I had my phone turned off during the trip, as I usually do, and was honestly surprised when I found that she was angry at me once I returned.

I’m grateful that I never had malicious intent back then. I caused so very much hurt with so many different people just on the basis of my indifference and follow-through. I shudder to think what I might have done had I actually wanted to harm others.

If I did go back in time to speak with that Eric of the past, could I convince him that there was a better way? My life today is so very awesome in comparison. Surely I could show that to him. But I don’t think he would appreciate the awesomeness in the way that I do. I love staying at home today. But back then maybe I preferred variety so strongly that I wanted to go out more. I love the work I do in effective altruism. But back then I would have expressed indifference toward helping others in general, except insofar as it might have helped myself. Today, I love my relationship with Katherine, who makes my life brighten in so many different ways. But the me of the past would have objected on several grounds, not the least of which would be that I expend actual effort in helping to make the other person in the relationship happy.

Perhaps I shouldn’t be so hard on myself for thinking that I’d be unable to convince past Eric. There is an is/ought gap, after all. There’s no reason to expect that I could use reasoning (which both past Eric and current Eric readily approves of) to cause past Eric to change his morals. Yet at the same time it remains true that in the course of twenty-five years past Eric really did in fact morph into me. So some type of argumentation worked. Perhaps it was dissatisfaction I kept having in life when I didn’t take care of my relationships. Perhaps it was merely a carrot and stick that brought me to this point, not reason at all. Does this imply that, had I won the lottery earlier in life, or had I found someone sufficiently masochistic as to reward me for my indifference, then maybe past Eric wouldn’t have given way to current Eric? Could it be the case that the only reason why I am here today is because I was beaten down and put into situations where I was not happy with my circumstances?

Should I consider myself lucky, then, that I was not born richer? If I had had access to more money as a child, would I have been an asshole all my life? I suspect that the answer might be yes.
Posted by Eric Herboso at Wednesday, March 02, 2022