A Kind of Degree 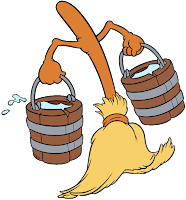 I've been thinking a lot recently about differences of kind versus differences of degree. Perhaps it has to do with a clicker game I've been playing recently, Mine Defense. In the game, you start off by clicking a mine, ostensibly mining gold from it with each click. As you progress, you gain options that allow you to click many times more efficiently, then ways to earn gold automatically over time, and ultimately to earn more of the ways that earn gold automatically over time, eventually reaching points of absurdity. Meanwhile, you also start to earn other types of income, and ways to earn those types more efficiently. (If you're looking for a clicker game recommendation, this is not it. It's not a particularly enjoyable genre, and this isn't the best of its kind. If you press me for a recommendation, I'd say to play Universal Paperclips (it relates to paperclip maximizers) but, really, I'd steer you toward other, more enjoyable genres.)

I've also been spending a lot of time around my siblings this week because Anh has come into town. I only see her relatively rarely, so I always end up interacting with them quite a bit while she's in town. (My siblings are 12, 15, & 25 years of age. I'm 37.) Being around children forces me to think in ways that are helpful for them to understand. I have to be able to process and talk in simpler language, and to break down concepts into their constituent parts. This process in turn helps me to clarify my understanding of things. (One of the best ways that you can force yourself to really learn a topic is to attempt to teach that topic to another person. It really brings into clarity the parts that were previously fuzzy to you.)

In one hand, I hold three apples. In another, I hold five. The contents of each hand are different, but they are differences of degree, not of kind. I could just modify the quantity of apples in one hand to get it to match the other, because the contents are of the same kind.

Compare this to a different situation. Now I have three apples in one hand, but five oranges in the other. This is a difference of kind, not degree, because no matter how I alter the contents of one hand numerically, I won't be able to make the contents of each hand match.

But not all such examples are obvious. In my work at Animal Charity Evaluators, I often had to contend with critics that thought that their methods of helping animals was fundamentally different from the methods that ACE recommended. They would claim that ACE is utilitarian, that you can't help a class of persons by promoting harm to them. Rape is wrong, they would say. Passing a law that forces rapists to bring a pillow with them to comfort their victims is an immoral strategy because the thing that is wrong is the rape itself; lessening the impact of the rape is inappropriate. Similarly, causing chickens to be tortured and killed is wrong. Passing laws that increase the amount of space they have to live in or that limit the ability of farmers to cut their beaks off is an immoral strategy, because you're then focusing on the wrong thing. Their argument is that there is a difference in kind, not degree, between what they are trying to do (outlaw harming of animals) and what we are trying to do (reduce the harm that animals suffer), and so it doesn't matter how effectively we achieve our goals, they're still insufficient for the goals they care about.

I think they are wrong. I think that, for all practical purposes, it is a difference of degree. I think that it matters how efficiently you go about these things. I think that you can get from where we are to a world where people are far more kind by traveling a road of reducing suffering at each step.

Think back to that example with apples in one hand and oranges in the other. Their building blocks are the same at some level. The molecules in each are different, perhaps, and maybe even the atoms, but the subatomic particles are basically identical. Rearrange them, change the quantity, and, all of a sudden, three apples become five oranges. At this level, the differences between them is of degree, not of kind. 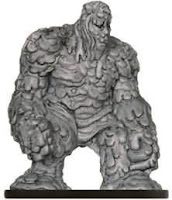 My brother watches Naruto, an anime where all kinds of fantastical ninja have powers beyond belief. Some breathe fire; others control dirt. (I don't actually recommend it to anyone, but if you watch or read through it anyway, then you should definitely read the rational fiction fanfic The Waves Arisen, which requires knowledge of the series. If you insist on watching the anime, I recommend Naruto Kai, which removes the filler episodes.) In this world, one of the concepts used is a large golem strong enough to withstand a flurry of elements pushed against him. Imagine a tall golem of mud, with its feet planted to the ground as a torrential rain of water rushes horizontally against it, attempting to knock it down. The jounin behind this golem struggles to keep it upright. As parts of the golem's legs get pushed behind it from the water, he brings more mud to replace the front of the leg, in a never-ending cycle of renewal just to keep the golem standing.

At first, there seems to be a difference of kind between how we, as humans, stand in a light wind, and how this golem stands in his torrent of rain. But cells die; skin is renewed. When we stand in a breeze, this is what is happening in reality. Scent is the detection of molecules that drift from objects; humans have scent, too, and these are the parts of the body that drift from us, eroding naturally, but even faster from the wind that blasts our bodies. We are, in a very real sense, like that golem: renewing our body each moment as parts of us get constantly pushed away.

Consequentialism certainly seems different in kind from deontology. And it is, from a philosopher's point of view. But there are certain areas where the differences seem closer to a difference in degree, as strange as that may seem at first. I'm still thinking through how to make this argument, but the basic idea involves a non-philosopher deontologist thinking that harm is bad, and yet still preferring a choice that results in less harm than in a choice with more harm. Numbers matter, even for deontologists. Maybe to the point where moral choices converge when using real world data? More on this later.
Posted by Eric Herboso at Thursday, April 18, 2019