This entry was originally posted on the AnimalCharityEvaluators.org blog. It is reposted here for reference only. 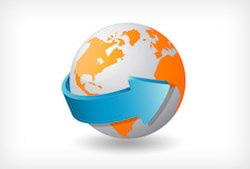 Each year, Blog Action Day organizes bloggers across the world to write on a single topic to raise awareness of an important issue that impacts us all. Last year, the topic was on The Power of We, for which I wrote a short post on how effective altruism magnifies our power to accomplish good.


This year, the topic is Human Rights. While Effective Animal Activism [now Animal Charity Evaluators] does not focus on human rights issues specifically, I feel that this nevertheless marks an excellent opportunity to talk about why human rights, as a concept, does not do justice to the nonhuman persons that also deserve consideration, and how this principle affects our activism.

Our world is not ideal, and many humans are currently oppressed. But I suspect “human rights” is a poor concept to apply when we talk about the proper consideration of these oppressed peoples’ interests. It may be true that many oppressed peoples have uttered the phrase “we’re human, too,” but they did so just as wrongly as when Susan B. Anthony wrote that two million black men (“the lowest orders of manhood”) were inferior to fifteen million white women. We should not improperly denigrate other worthwhile causes while we work on our own, and when people speak of human rights, they perpetuate the misguided idea that what counts is whether the subject is human. It is no more right for today's activists to claim that oppressed humans deserve to not be oppressed because they are human than it was for Anthony to claim that white women deserved the vote because they were white.

Peter Singer’s excellent essay, All Animals Are Equal, really hammers in this point, but speciesism nevertheless remains a problem for many activists. Even some in the effective altruism movement have speciesist tendencies, which is quite unfortunate.

For animal activists, combating speciesism aims toward an important goal, but it isn’t always effective. Meme-spreading is worthwhile depending on the cost involved. Refraining from framing oppression in terms of human rights doesn’t cost us very much, but arguing with a dedicated speciesist who isn’t already convinced by the easy arguments may be a waste of time.

How We Should Act

As important as anti-speciesism may be, there is another side to this issue: respecting other causes while working on our own.

This is why we should take care when we choose how to go about advocating for animal welfare. There is divided opinion on whether veg*n activists should use health arguments, but hopefully we can agree not to use body-shaming to promote veg*nism. Addressing size discrimination might not be a priority of effective altruism, but that’s no reason for animal activists to make the same mistake Anthony and Stanton did when they resorted to racism to help their cause.

“Human rights” is the wrong concept to apply because all of us are important, even if some of us have it worse than others. We can do our part by respecting all subjects, even while concentrating our efforts where they will be most effective.
Posted by Eric Herboso at Wednesday, October 16, 2013